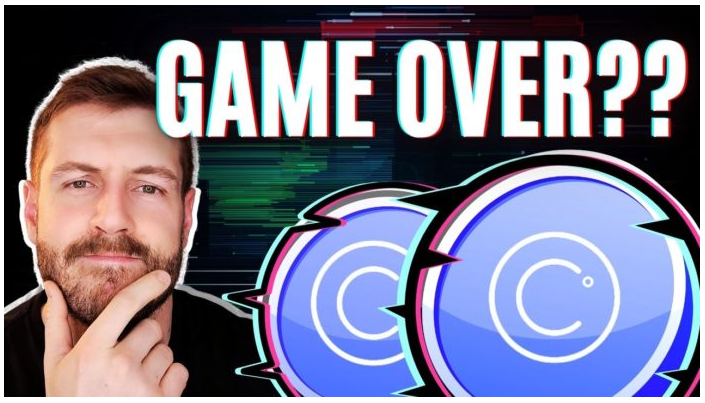 This latest revelation thrusts deeper fear and doubt amongst the once hopeful Celsius client base. 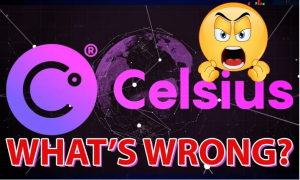 Embattled Celsius Network has announced plans to offer its creditors an option between receiving less than what they are owed now or letting the company hold onto their funds to ride out the crypto winter and be paid in full.

In a statement shared through its official Twitter account, the cryptocurrency lender revealed this plan. Invariably, asking its creditors to take a bet on the long-term value of crypto assets to enable the company to recover. 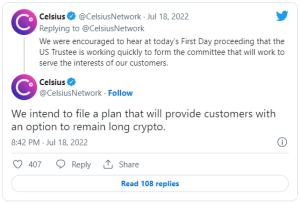 Also, in a slide presentation posted on its bankruptcy website, Celsius highlighted the two options available to creditors. It said customers could either remain ‘long’ for crypto or receive cash at a discount.

This new development means Celsius would like to hold onto users’ funds until the crypto market recovers. As a result of this move, the company might be able to stay afloat, then able to pay off creditors.

This was just as Patrick Nash, Celsius bankruptcy lawyer, revealed that the firm intends to reorganize and not liquidate. Recall that Celsius filed for court protection last week in a case involving billions of dollars tied up on its platform.

However, as the company opened its first Chapter 11 court hearing, Nash told the Manhattan bankruptcy judge that the company had plans to reorganize and recover. He said:

“This is not a liquidation. All is not lost. We intend for this to be a reorganization.” –Patrick Nask, Celsius Bankruptcy Lawyer

Customers Gave Up Legal Right to Their Tokens

Meanwhile, in a controversial development, Celsius said its customers’ funds practically belong to the company, not the user. Nash explained that Celsius customers essentially gave up title to their token once it’s deposited into the earn-and-borrow accounts.

He revealed that the company’s terms of service allow it to freely use, sell, pledge, and rehypothecate the coins as it pleases. As a result of this development, Nash noted that Celsius users could be treated as unsecured creditors.

The new development has caused outrage among creditors whose funds are tapped on the crypto lender platform. Daniel Gwen, an associate at a New York law firm, said Celsius had set the stage for conflict between affected entities.

“In particular, Celsius has pointed out in its pleadings that customers transferred ownership of crypto assets to Celsius, making those customers unsecured creditors. This detail may undercut customer expectations, who thought they were depositing their assets into a traditional bank-related structure.” – Daniel Gwen, Restructuring Associate at Ropes & Gray LLP 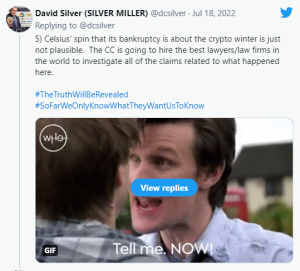 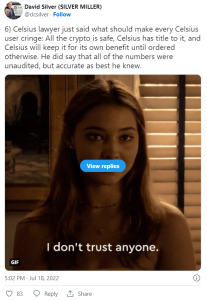 Similarly, another attorney David Silver corroborated Celsius’s claim to users’ funds in a post through his Twitter account. He indicated that the crypto lender has a case because it technically all belongs to the firm.

“Celsius is the owner of the crypto assets. Most of the assets in Celsius came in through the EARN program and is part of the estate.” –David Silver, Twitter User, Attorney

In another interesting development, Sam Bankman-Fried, the founder of cryptocurrency FTX, is connected to Celsius’s biggest creditor through former employees of his trading firm Alameda Research.

According to a Bloomberg report, Celsius’s Chapter 11 filing shows that it owes Pharos $81 million. However, a Google search for Pharos USD Fund SP doesn’t yield any results. The court document lists Pharos’s Cayman Islands address and an email.

As a result of the emerging information, it is imperative to note that Bankman-Fried is a central player in the ongoing bankruptcy crisis. Moreover, as the bankruptcy proceedings continue, more details about Bankman-Fried’s involvement with the company and Pharos will likely emerge.

Don’t forget to share and tag this update with your fellow Celsius Community die-hards!