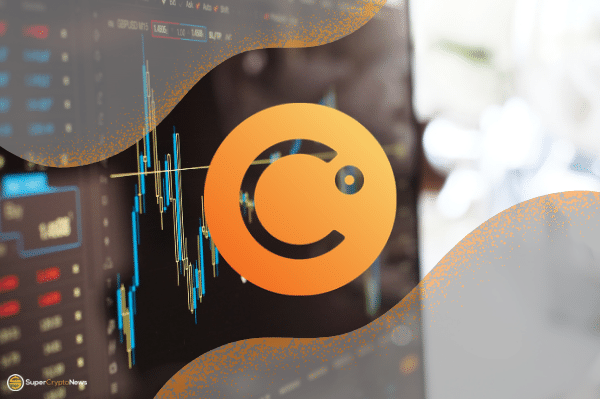 Akin to a weakened and stabbed animal as time continues to trickle forward, valuable limited ‘blood’ continues to flow superfluously from the bowels of the Celsius Network estate.

Is it any wonder then why the Celsius Community’s anger and patience is now hanging by a thread?

Administrative expenses from the bankruptcy proceedings have already topped $53 million, and continued delays are chipping away at Celsius’ estate.

Bankrupt crypto lender Celsius Network is planning to file a motion that would extend the deadline for users to submit their claims by another month.

The crypto community has started to grow impatient, noting that Celsius’ lawyer fees have continued to stack up and are eating away at the lender’s estate.

In a Dec. 29 tweet, Celsius announced that it would seek to extend the current deadline for claims from Jan. 3 to early February.

The bankruptcy court is set to hear the motion on Jan. 10, and according to Celsius, the Jan. 3 deadline will be extended until at least then. 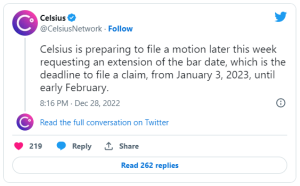 The claims process allows creditors who believe they have a right to payment to file claims during bankruptcy proceedings. Celsius’ creditors had made over 17,200 claims as of Dec. 29.

However, Celsius’ creditors appear antsy as Celsius’ administrative fees have continued to rack up since it first filed for bankruptcy in July. A Dec. 27 Financial Times report noted that the fees charged by bankers, lawyers and other advisers in the bankruptcy case had already reached $53 million.

As an example, a Dec. 15 fee statement from one of the law firms representing Celsius, Kirkland & Ellis, requested a fee of over $9 million for work done during the months of September and October.

In comparison, only $44 million has so far been earmarked by Celsius to be returned to customers. This money belongs to users who only ever held funds within the Custody Program, and represents a minority of the $4.72 billion of user deposits held by Celsius.

Some in the crypto community have been unimpressed with the latest postponement in the proceedings, alleging that it’s yet another “delay tactic.” For example, one user noted “Stop wasting time stop extending, just go on with proceedings and give me my money back!!!!” while another simply said: “Stop wasting time and my money.” 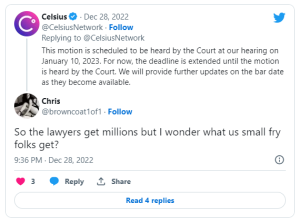 Global investment platform BnkToTheFuture founder Simon Dixon, who has been an active voice in the Celsius bankruptcy proceedings, noted in a Dec. 23 tweet that by the time users are able to get their funds back from Celsius, they should only expect around to receive around hal what they put in. 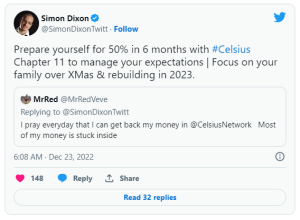 At the behest of Celsius, the U.S. trustee, and the unsecured creditors’ committee, judge Martin Glenn appointed fellow judge Christopher Sontchi to be a “fee examiner” on Oct. 20. His job is to negotiate and approve the fees set by lawyers and other professionals in the case.

The fee examiner is also being paid out of Celsius’ estate, with the latest fee statement submitted on Dec. 21 requesting just under $20,000 for work done during November.

-Via:  Celsius wants to extend the deadline for claims as lawyer fees mount

9,072 Claims on Celsius Network Listed For Sale to…

The Digerati Premium
Dec 31, 2022 1 min read
Have A Story? Get Featured On Celsiuscow Plus 100+ More Exclusive Crypto News Sites Tell Me More !